On buildings with Hawa Frontego

The stately villa located in a park on the outskirts of the German town of Saarlouis can look back on an eventful history: in around 1900 it was used to house imperial non-commissioned officers, various courts made use of the building between 1919 and 2006, after which it stood abandoned for many years. Then, in the fall of 2015, it became a part of a stylish hotel complex. The architects from CBAG studio have cleverly distributed utilization over three buildings to conserve the structural fabric and the surrounding park: the gatehouse adjacent to the villa accommodates a bistro. The reception, five suites and rooms for events are located 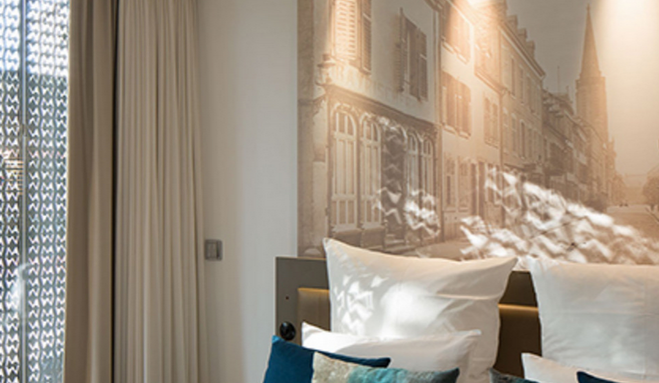 in the main building. And the new building that docks on to the villa in the north has 33 hotel rooms.

The outside appearance of the new three-story wing with its bronze-coloured outer skin in anodized aluminium is intentionally reserved. The room-high glazing draws the gaze from the rooms to the green park in the east. The west facade of the building towards the busy road is clad in a curtain of finely perforated aluminium as protection from the noise and sunlight which appears closed off at first glance. But the introverted impression is deceptive: the facade consists of room-high folding sliding shutters equipped with Hawa Frontego 30 matic hardware. Guests can open and close the shutters at the touch of a button. In doing so, they determine their privacy and view and also create a new facade appearance every time. 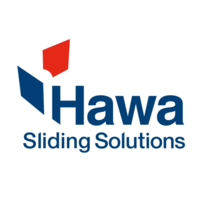 Be the Top of Your Class with Hufcor’s Operable Partitions

Be it timber, metal or plastic shutters, small or large areas, protection from the sun or privacy is paramount.