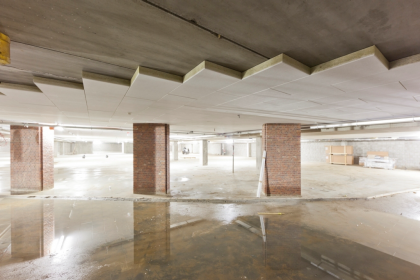 However, the BCA does not recognise a product that combines both of the above: a product that is substantially non-combustible and that has a Group 1 surface that, whilst combustible, has a caloric value below the threshold needed for it to effect “reaction to fire” (flashover) and “resistance to fire” (fire load) outcomes.

The European Construction Products Regulations provide a framework for assessing the fire performance of such a product. The AFTM SF Soffit tile achieves the highest possible Reaction to Fire classification of A1 Non-combustible. As an A1 Non-combustible product, the AFTM Soffit tile satisfies the following:

On the basis of the above, when the AFTM SF Soffit is installed into an otherwise non-combustible Building Assembly, it is reasonable to presume that the non-combustible status will not be compromised.

Fire resisting construction is intrinsic to reducing risk, reducing loss and maintaining business continuity. In addition to the above, 16.0 Component Data verifies that SF Soffit stone wool will not auto-ignite, has a melting temperature above 1000°C and a very low added insulation fire load.

This means the AFTM SF Soffit will not contribute to fire growth (reaction to fire) and will not support fire growth (resistance to fire) when exposed to a fully developed fire because it contains insufficient fuel to support combustion at the high temperatures.

When the AFTM SF Soffit was installed with the direct fix adhesive and exposed to testing using the standard time temperature curve used in AS 1530.4 fire resistance tests, the outcomes summarised in Table 15 were achieved.

These outcomes show that insulation performance was sustained for 110-120 minutes when exposed to temperatures over 1000°C. These conditions are more severe than those used to determine a Group Number using AS ISO 9705 which only requires localised bottom corner of the room exposure to a burner for 10 minutes at 100kW and then 10 minutes at 300kW.

In addition, if the more severe hydrocarbon time-temperature curve is used to reflect potentially more severe fire load conditions resulting from new materials, furniture loads, open spaces and the like, research shows that fire resisting performance of stone wool is not diminished.

Therefore, whilst expert judgement is needed to verify site-specific FRL outcomes, the evidence above shows that the AFTM SF Soffit can contribute to Building Assembly FRL and there is potential for it to e used to optimise the concrete thickness needed for insulation performance.

In carpark applications, there is some evidence to suggest that sprinkler design presumptions did not account for the soffit fire load that have resulted from energy efficiency regulations.

If this is the case, it may be appropriate to take into account the added fire load, that the fire load is above the sprinkler line, and that historic test outcomes that showed car fires tended to remain isolated may not apply if the added soffit insulation is combustible and contributes to flame spread.

Performance Requirements CP4 requires that a material must limit the generation of smoke and heat, and any toxic gases likely to be produced.

Under the Euroclass classification, A1-Non-combustible products such as the AFTM SF Soffit are designated as having very low smoke volume and toxicity and are exempt from the assessment of smoke and flaming droplets.

All A2 and lower classification products are assessed for the volume of smoke release and the formation of burning particles and (molten) droplets that could harm (burns) and/or contribute to the spread of fire. 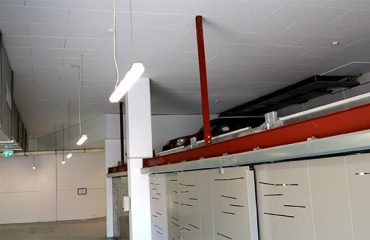 THE ACOUSTIC FIRE THERMAL and MOISTURE 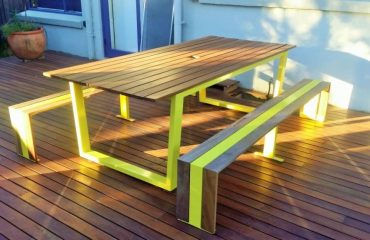 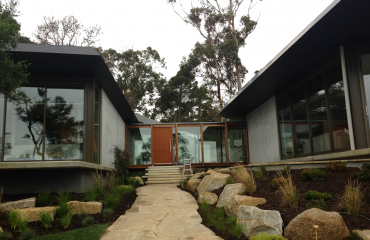