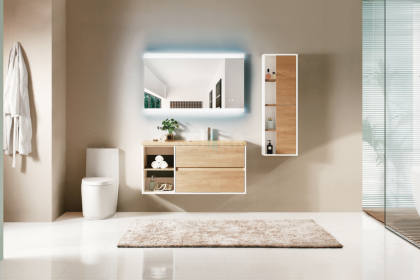 Warm white is great for bigger living spaces where you would like to give the room the ambiance of warmth, and an inviting sense. However, for bathrooms where you want the space to look and feel clean, there has been lengthy research conducted that says ‘daylight’ LED lighting is more preferable.

When it comes to LED lights Australians are all over the benefits that they reap. How can you not be a fan of LED’s when they are designed to last longer and are also much cheaper to run, as it consumes 80% less power than the regular incandescent and halogen lights. They are also much safer as they operate on a low temperature that greatly reduces the risk of fire.

Similarly, LED lights in bathroom mirrors diminish unwanted shadows, as the lighted bathroom mirror emits an even amount of light around you. This makes it even easier to apply makeup, shave, or style your hair without the overhead shadow that down-lighting can so often create. Likewise, when you hang a lighted bathroom mirror onto the wall, the space behind it becomes illuminated and casts splashes of light that give the illusion of more depth and space. This is a great asset for smaller, narrower bathrooms as it gives you the sense that the space is in fact bigger than it actually is.

Getting LED lights is a no brainer, but when it comes to colour choice, things can get confusing. The colour of LED lighting almost indefinitely comes down to personal preference. However, many people don’t actually know the benefits to each different type of lighting, and where it should be used. 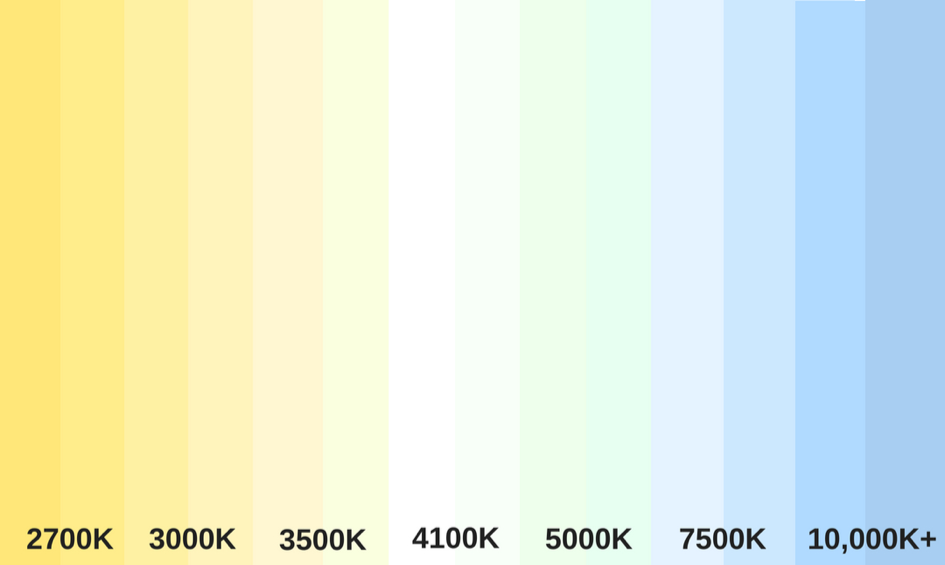 There are three main groups that the LED lighting is classified in; Warm White, Daylight and Cool White.

For the majority of people, LED lights on the higher end of the spectrum would be considered less popular because of the “blue tinge” that is produced. This is a common misconception, as having ‘cool white’ LED lighting actually gives you the clearest and best lighting, especially on the face. Warm white is great for bigger living spaces where you would like to give the room the ambiance of warmth, and an inviting sense. However, for bathrooms where you want the space to look and feel clean, there has been lengthy research conducted that says ‘daylight’ LED lighting is more preferable.

Our REMER mirrors come in Warm White, Cool White and Daylight colour temperature. On the Kelvin scale, our best seller range Sphere and Otto are 6500K. Whilst our REMER mirrors are on the higher end of the Kelvin scale, our mirrors don’t produce the overwhelming “blue tinge” that many people try to steer clear of due to being on the cusp of ‘Daylight’. Many of our bathroom mirror models are also backlit, with the lighting pouring through the sand—blasted frosted glass to give it an opaque look. 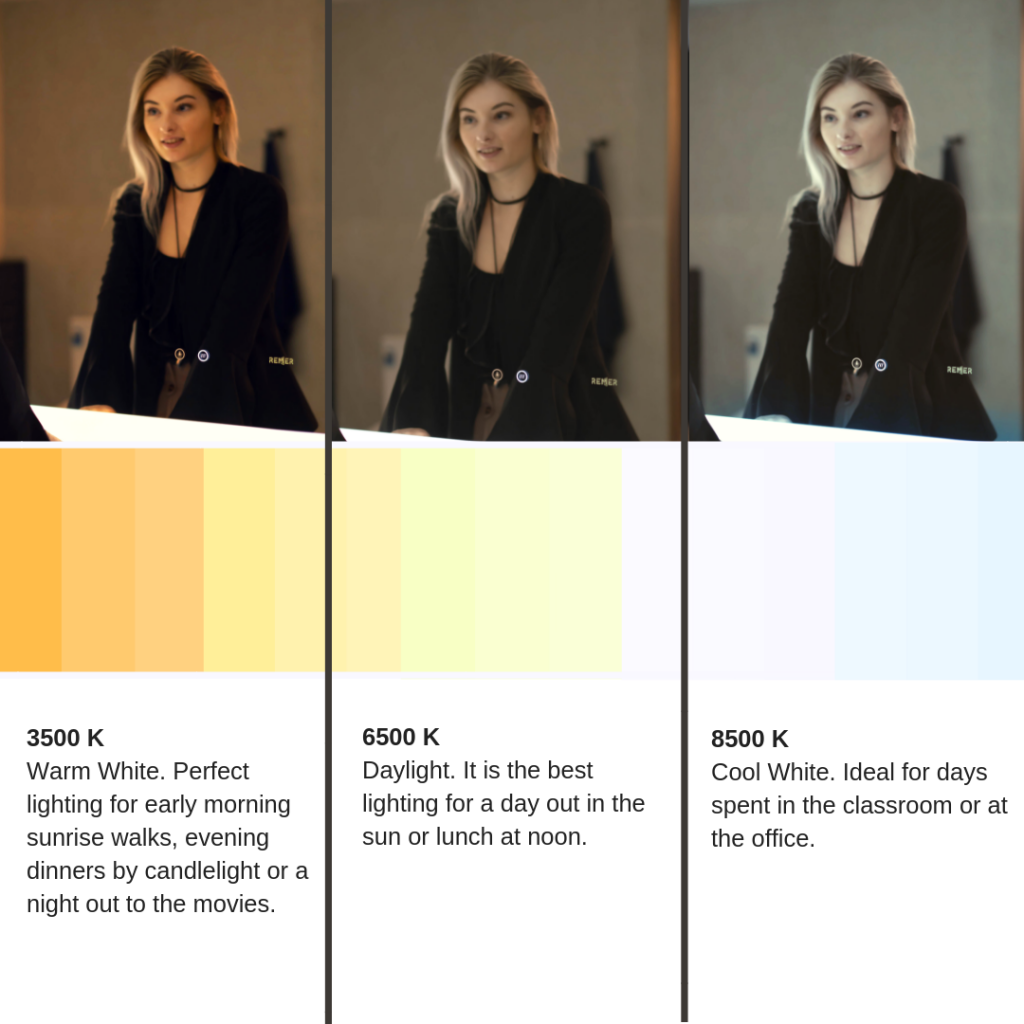 In terms of makeup application, sticking with a ‘daylight’ or ‘cool white’ LED lit mirror is key for an even application for makeup during the day. ‘Warm white’ can make the face appear more yellow than it truly is, resulting in a patchy or too heavy make-up application. We recommend using warm white lighting when applying makeup for a night out to the movies, or a candle lit dinner. Daylight colour temperature is perfect for applying makeup for spending a day outdoors or having lunch with friends. Cool white colour temperature is best used for a day spent in the office or classroom.

Most makeup artists have now invested in what is called an ‘LED Ring Light’ which is essentially a ring of LED globes that are between 5500K – 6500K on the Kelvin scale. This is used because it mimics daylight for an even makeup application, and it also helps you take better selfies may I add!

So, if you’re looking for the best lighted mirror out there for better makeup application and a cleaner look of your bathroom space, stick with a ‘daylight’ lighted mirror and you won’t go wrong.

Remer’s illuminated mirrors are an environmentally safe and energy efficient option to bring a touch of luxury into your home today. 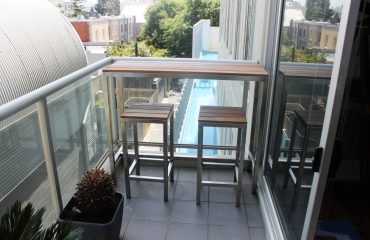 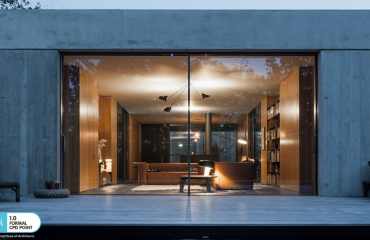 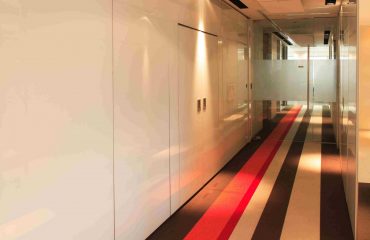 Hufcor: Create operable walls that meet the most demanding architectural and interior expression.